Gilbert passed away July 5, 1999 in DeKalb, DeKalb county, Illinois and his wife Thelma passed away a few years later on July 6, 2007, also in DeKalb.   Here is an obituary* for Thelma. 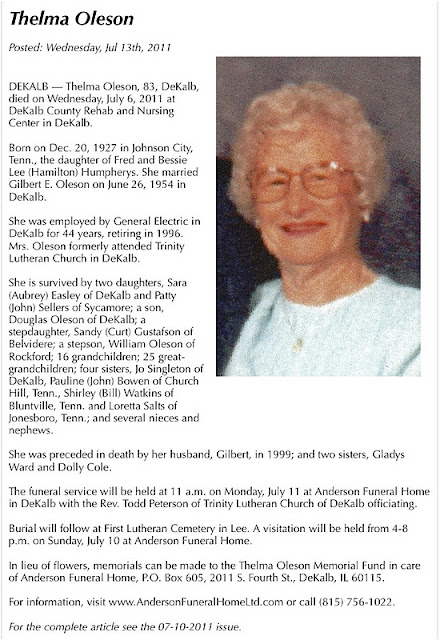 Thelma and Gilbert were buried at the First Lutheran Cemetery in Lee, Lee county, Illinois.   Here is a photo of their monument. 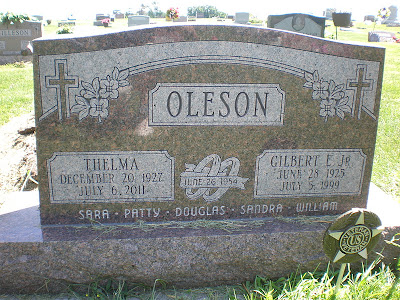 Here is a photo of the back of the monument, memorializing Gilbert's service in the Army during World War II. 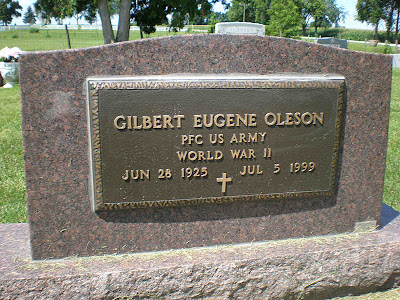