Here is the confirmation class of 1921 for the Calvary Lutheran Church of Lee county, Illinois. 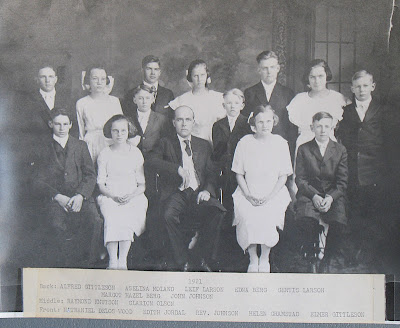 Edith Jordal is located in the front row, seated second from the left.   She was confirmed on November 6, 1921.    Edith is the first entry (below) listed for the confirmation class.   Like her cousin, Ernest, for some unknown reason they were the only two of their generation confirmed at Calvary Lutheran Church that I've encountered, rather than First Lutheran. 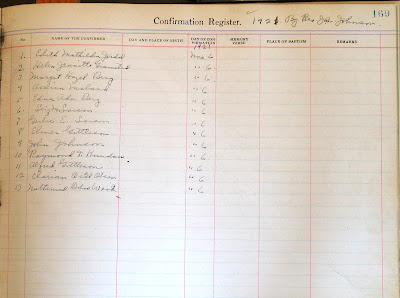 Edith was the daughter of Anna (Larson Jossendal) and Gunder Jordal.    Her grandparents were Sigri Gunnersdatter and Ole Larson
Posted by finnestad at 10:04 AM