Gilbert married Dorothy Jenny Ahlberg on December 31, 1924.    Dorothy was born in 1901 in Sweden to Jennie and Carl Ahlberg and immigrated to the United States in 1902.

Here is a photo of the Jordal plot. 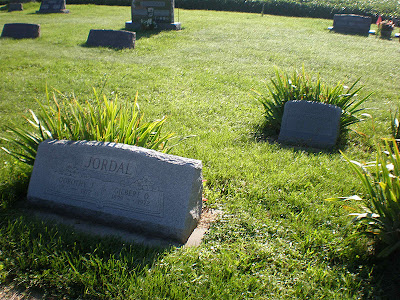 Here is Dorothy and Gilbert's marker. 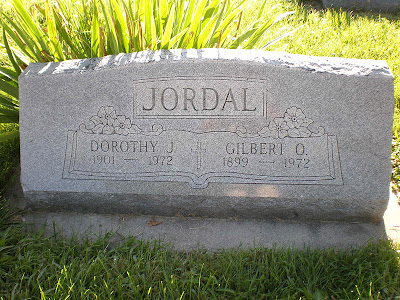